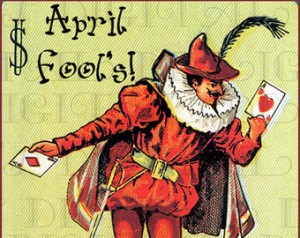 April Fool’s Day traces back to ancient civilizations like the Hindus and Romans who celebrated the New Year on April 1 which closely follows the vernal equinox. After Pope Gregory ordered a new calendar, the Gregorian Calendar (of course being the pontiff he was able to name the calendar after himself) to replace the old Julian Calendar, New Year’s Day was moved from the old April 1st date to January 1st.

Most people associate April 1st as the end of winter and spring fever kicks into high gear. Spring is a time of rebirth and for many of us reevaluation. We shed our winter sweaters and boots for breezy summer fabrics and flip flops, we stare in the mirror and hope a beach umbrella is wide enough to hide our backside! Writing is a solitary profession, someone should warn you it’s also sedentary. To make matters worse, but who are we kidding what’s worse than the thought of putting on a swimsuit, it’s also tax season! Every year at tax time, while trying to come up with a valid reason why the Vikings S2 DVD is a business expense, this writer considers what she can accomplish with the rest of the writing year. I mean the first quarter has just slipped through my fingers like gold coins through Viking fingers. I feel like I’ve accomplished zilch for 2016 other than just figuring out that write off.

Maybe, for many of us, indie publishing is April Fool’s Day everyday. A successful April Fool’s Day can be accomplished in three simple steps. Step 1: send someone on a fool’s errand looking for something that doesn’t exist. Step 2: play pranks. Step 3: make people believe in ridiculous things or something that’s false. I have to wonder if my indie publishing journey doesn’t follow this three step fool proof method. 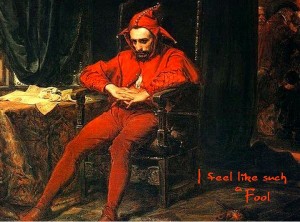 Step 1: Sending someone on a fool’s errand looking for something that doesn’t exist.

Every indie author has bought into this concept: write a good book and readers will come. We’re all looking for an audience to love our work, someone who’ll call our heroes book boyfriends and envy our heroines ability to tame the unattainable playboy. We’re not looking for a few people to read and admire our work, let’s be honest, we’re hoping that thousands will and if we’re truly honest, we’re seeking ‘buzzillions’ of people to read, review and buzz about our books. Since I’ve started my indie journey I’ve sent over 754,014 users to my various books on Amazon, I know this because I can track the clicks on my titles through BookLinker. These are just the people I’ve sent via social media to Amazon in the last five years, I’ve probably sent another 250K to other sites like B&N, KOBO, iBooks, etc. That’s over a million clicks and I haven’t sold a million books, I’d be happy right now if I’d sold 20% of that, but I haven’t! If this isn’t that the epitome of a fool’s errand I don’t know what is. 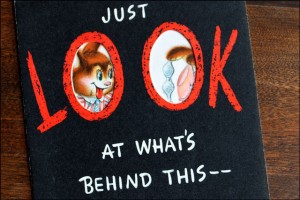 There are a lot of pranks and pranksters in indie publishing. Let’s talk Amazon, the largest retailer of indie books, most recently we learned that Amazon’s Kindle Unlimited Program doesn’t actually count the number of pages read. An author or publisher can put a link on the opening page of a title and if the reader clicks on the link it takes them to the end of the ebook and then the author is automatically paid a whopping half penny for each page of the book, even though the reader didn’t read a single page. A blogger recently exposed a 15 year old boy who loaded ‘books’ containing these type of links at the front of all his ‘titles’ which took readers immediately to the end of the book. He got paid! The figures on his KDP payout page were staggering. Unethical much? Yes, but you have to admit, as pranks go, this is an awesome and profitable way to stick it to Amazon. Speaking of shenanigans, there are authors who broke up their full length novels into three or four, or possibly a dozen, shorter books and uploaded them all to Amazon so that they got paid for each completed book read under the original version of Kindle Unlimited. Is this gaming the system or being a smart marketer? If you think these pranks don’t effect you as an indie author, you’d be wrong. The reason Kindle Unlimited writers are being paid such a tiny amount per page read (I use that term loosely) now is because all those short works who got paid out at full length pricing under the original Kindle Unlimited program. Did they prank Amazon or rip them off? Amazon is all about making a profit and they need to recover those losses. So in this regard, all the honest, hard-working authors who don’t try to manipulate the Amazon system are the one’s that got pranked. But Amazon isn’t the only place where indie authors are being pranked, every day book pirates load our manuscripts onto illegal sites and distribute them for free, or worse yet, make money off our work with little or no regard to our intellectual property rights. Readers who are kindly given ARC’s for review resell them on eBay. There has been a huge spike in plagiarism, and if stealing another author’s words isn’t the ultimate prank, I don’t know what is. That is until Amazon launches it’s ebook resale site! 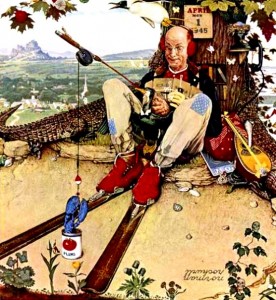 Every publishing expert tells authors to write a good book, then rewrite it, write as many drafts as necessary to create a masterpiece. Get it professionally edited, get it copyedited, get it beta tested and mother approved! Put professional artwork on the cover, write a kick ass blurb, market the sh*t out of it. Splatter it on Facebook and have little birds sing it’s praises on Twitter. Instagram your cat cuddling your book baby to your four ‘buzzillion’ followers. Create Goodreads giveaways and build your newsletter subscribers lists. Write blog posts and send out timely newsletters. Do all this and they will come! This is where my personal belief in ridiculous things comes to fruition, I’ve done all these things, and I’ve done it for some time now and it’s getting me no where. Maybe the bottom line is my work isn’t good enough to make it. Someone close to me recently pointed this out to me, it’s a person I trust and it will always be in the back of my mind now, of course it hurts, but as is so often the case, the truth usually does. 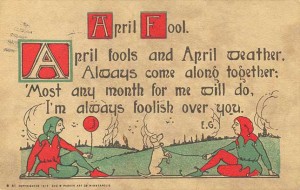 Maybe this person’s advice is correct and maybe it’s not, maybe I’m a fool for holding onto my good reviews like a leaky life preserver in a tsunami of books. Or maybe I’m just a magical thinker, hoping that someday something I write will strike a nerve, hit a cord and hit the NY Times bestseller’s list. Or scarier still, maybe I’ve been on a fool’s errand all these years.

Maybe I’m just an April Fool! How about you?

40 thoughts on “Indie Authors & Writers: Are We All Fools?”