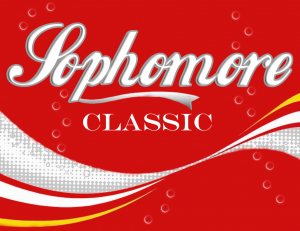 The question readers ask me over and over again, besides if Aidan and Libby are okay, is what happened to Tony, Evita and Manny. The simple truth is I don’t know exactly. I mean I have ideas about where I want their story to go, but I haven’t committed many of the ideas to paper. I just can’t seem to motivate myself into writing their story when I’ve written a lot of other books since then. Perhaps, since BINDING ARBITRATION is so near and dear to so many hearts, maybe I’m afraid of a sophomore jinx.

A sophomore jinx is the theory (or in my case fear, a deep seeded fear) that the second or sophomore effort doesn’t live up to the standards of the first effort. It’s also known as the sophomore slump, which is psychologically explained as an earlier success having a reducing effect on the subsequent effort, but statistically it can be explained as regression to the mean. I’m worse off now that I looked up the actual definition than I was before! This regression to the mean, yikes, does that mean that if BA is a 5 star book the follow up book will be a 3 star book and they’ll average out to 4 stars? I’ve increased the lump in my throat exponentially! I’m banging my head on my desk and praying it isn’t so. Now I know how my beloved Cubbies feel, after such a wonderful season last year! 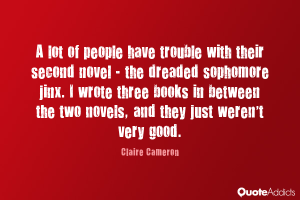 So I’ve decided to actually start writing the full-length second book in the Chicago Series. I’m considering the title EMINENT DOMAIN. All of the books in the Chicago Series have legal terms for the titles. Eminent Domain is the right of a government or its agent to expropriate private property for public use, with payment of compensation. I’m one of those authors who can’t finish a book without the title because I like to layer the title’s meaning throughout the book.

If you recall the end of BA Manny has been missing for months and Enrique has tried to lure Evita back to South America by promising her she could be with her son again. When Evita shows up to say goodbye to Libby at the legal aid office and leaves a letter for Tony we assume that something has separated Tony and Evita. Evita ends up in the hospital with a gunshot wound and Tony shows up in the ER raising hell because Evita’s been injured. Eminent Domain could refer to couple of different plot points in the story: Enrique’s right to have physical custody of his only son, Manny, (even if Enrique is a scum-sucking, drug-dealing pig), Tony’s right to ‘take’ and care for Evita and Manny, or even Evita’s right to keep her son away from his biological father, or it could refer to the City of Chicago seizing Tony’s businesses under Eminent Domain when they are less than successful in prosecuting him for various ‘crimes’.

My questions to you Dear Readers??? 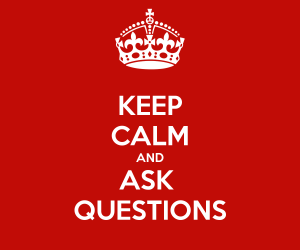 What do you think of the title: Eminent Domain? If you hate it, don’t just hate for hate’s sake, suggest something else!
What happened between Evita and Tony?
What’s in the letter Evita wrote Tony and told Libby to give to him if she dies in South America? Yikes!!!
Who is Tony Accardo really? Organized crime boss, misunderstood businessman or ?
What hasn’t Evita told Tony about her past?
What hasn’t Tony told Evita about his past? Or his present for that matter?
Who really has Manny?

So what I’m looking for is real FEEDBACK! Answers from my Dear Readers who love Binding Arbitration. Below is a wonderful example of a conversation I had with a reader a week or so ago on FB and it’s what spurred this blog post.

Example:
“Gosh I don’t know where to start. After reading it (BA) the first time I was really wondering what will happen to the both of them most especially to little Manny. I guess that’s the biggest hurdle they’ve got to go through, I mean, how do you go against a man who owns one of the biggest drug cartels around the world, right? And it’s not as if Espinoza’s gonna give up his one and only son. I just really wish though that Aidan and Libby still get featured. Oh, and might I suggest a pairing? Olivia and Avery. I would love to see if Olivia can bring Avery down a peg or two, whew that boy has got a chip on his shoulder the size of Everest. I just hope that there are some unexpected twists and turns that would surprise the readers which, in my opinion, was what made Binding Arbitration such an amazing read.” 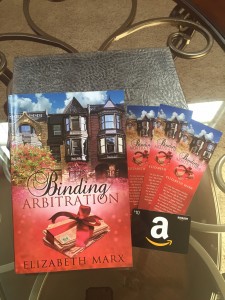 I will be responding to everyone’s insights, answers and comments. I will also pick the best comment to win an autographed copy of BINDING ARBITRATION, a $10 Amazon Gift card & swag pack! (U.S residents only, if international winner is selected you will get an Amazon GC $20) Your comment must include what you’d like to see in Eminent Domain and enough detail that I know you read BA.

Thanks for your input!
Elizabeth