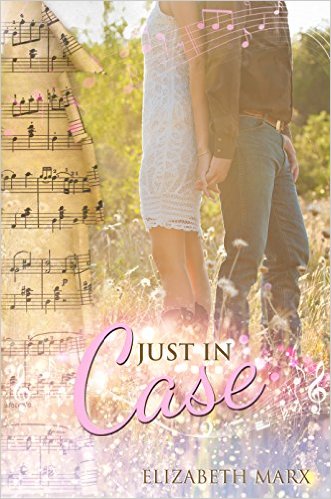 Everyone should have one person they can always count on, but Scarlett Marbry is parentless, she never knew her father and her mother committed suicide when she was only sixteen. Scarlett doesn’t think she can depend on anyone other than herself, but buried deep in her heart is the dream of Revell Marshall, the boy who’d always been there for her, the boy who’d been older and wiser, the boy she ran away from. Revell was like the chorus of a Sacred Harp song she could never forget and yet she couldn’t allow herself to even hum the tune. He was the dream buried beneath secrets she thought she’d never uncover … until now.

EXCERPT
Sister Scarlett Marbry. P.M.’s granddaughter. The daughter of the most celebrated beauty queen that had ever been birthed in Marshall County. Not many had seen hide nor hair of Scarlett since her mother’s burial, but even on that sad day, every man in the surrounding five counties knew that Scarlett would one day outshine her mother’s magnificence.
I was completely shocked that she’d come back! Polly Anna was keeping secrets. Maybe this is why she hasn’t confronted me about being up at Copperhead Tabernacle.
I managed to not drop the liquor. When I was directly behind Scarlett’s barstool, I looked up to meet the gaze she threw over her shoulder at the sound of my clumsy approach. Her eyes weren’t brown, they were purple . . . as purple as the violets I’d picked for her the day her mother had been laid to rest on Look Out Mountain. Her hair and lashes as brown as the mountain soil they’d overturned for her mama’s grave. Her lips were as red as the canned cherries I’d bought from Piggly Wiggly so Miss Mabel could bake them a pie because I knew cherry was Scarlett’s favorite.
“Revell?” she hissed, as if confused. Her perfectly formed mouth was frozen in the shape of an ‘O’.
My name on her lips hit me like a F150 clocked over the speed limit, impacting the center of my chest like a head on collision. I had forgotten what a simple look from Sister Scarlett Marbry could do to a man. Possibly because the last time she’d looked at me she was only the outline of the woman she would one day be. At eighteen, she was a mere shadow of the gorgeous woman that leaned over the bar in front of me now.
Scarlett looked back at her barely restrained backside and tried to turn and reclaim her seat. Unfortunately, the snakeskin stilettos she was wearing had the slippery intent of the evildoer in the Garden of Eden, and Scarlett slithered onto the stool with enough force that the barstool fell backwards.
I was known throughout the state of Alabama for both my gentlemanly behavior and my athletic grace, but even I wasn’t capable of discarding the crate of whiskey fast enough to stop Scarlett’s head from colliding with the table behind her on her way to the floor. Plus, I couldn’t chance breaking the quart sized mason jars of what would be P.M.’s last batch of hooch because I wanted his final send off and everything associated with him wiped from the minds of Marshall County as if he’d never existed. The moonshine would expedite that process.
Now here, at my booted feet, fell the last of his progeny, the one thing about him that I’d allowed myself to remember and remember well.
The only thing that came from him worth having . . . and Heaven help me . . . as inappropriate as it was, I still wanted to have her.
AMAZON
B&N
iBOOKS
SMASHWORDS

2 thoughts on “Who is your JUST IN CASE?”