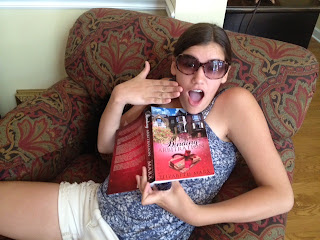 BINDING ARBITRATION is Coming out in trade paperback….
Through the corridors of the Windy City’s criminal courts, single mother Libby Tucker knows exactly how far she’ll go to save her cancer-stricken son’s life. The undefeated defense attorney is prepared to take her fight all the way to the majors.

Circumstances force Libby to plead her case at the cleats of celebrity baseball player Banford Aidan Palowski, the man who discarded her at their college graduation. Libby has worked her backside bare for everything she’s attained, while Aidan has been indulged since he slid through the birth canal and landed in a pile of Gold Coast money. But helping Libby and living up to his biological duty could jeopardize the only thing the jock worships: his baseball career.

If baseball imitates life, Aidan admits his appears to be silver-plated peanuts, until an unexpected confrontation with the most spectacular prize that’s ever poured from a caramel corn box blindsides him. When he learns about his son’s desperate need, it pricks open the wound he’s carried since he abandoned Libby and the child.

All Libby wants is a little anonymous DNA, but Aidan has a magical umpire in his head who knows Libby’s a fateball right to the heart. When a six-year-old sage and a hippy priestess step onto the field, there’s more to settle between Libby and Aidan than heartache, redemption, and forgiveness.

If you can’t wait for Amazon to release it you can order a copy here:  https://www.createspace.com/3876342
If you want immediate gratification the ebook version is here:
KINDLE:  http://www.amazon.com/dp/B006423DPW